They anchored their warships off the coast of Newfoundland, Canada.

[A]fter the final destruction of the Nazi tyranny, they hope to see established a peace which will afford to all nations the means of dwelling in safety within their boundaries, and which will afford assurance that all the [peoples] in all the lands may live out their lives in freedom from fear and want.

In addition to inspiring the British and the Americans, these sacred beliefs inspired many other peoples (who were neither British nor American) to destroy the Nazi tyranny so that all the peoples in all the lands may establish a peace with freedom from fear and want.

Indeed, there are times when we think God is too slow to become angry.

If we are threatened by evil people, we are eager for the LORD to become angry so that he brings them down. (Psalms 56:7).

However, usually we are glad that the LORD is slow to anger.

Because we know we have done things that justify him being angry with us!

The Psalms are full of examples.

In Psalm 95, God said, “For forty years I was angry with my people because their hearts went astray and they did not follow my ways.” (Paraphrasing Psalm 95:10).

Therefore, when the LORD described himself to Moses, he warned that he “does not leave the guilty unpunished; he punishes the children and their children for the sins of the parents to the third and fourth generations.” (Exodus 34:7).

The LORD gave this warning about punishing people so that no one got the wrong idea.

It’s true that the LORD our God is compassionate and gracious, slow to anger, and abounding in love and faithfulness. He also forgives wickedness, rebellion and sin. (Exodus 34:6-7).

—Israel wasting forty years traveling to the Promised Land due to its repeated disobedience and evil ways. (Psalm 78; Psalm 90).

—King David suffering the death of family members and a civil war due to raping Bathsheba and murdering her husband. (Psalm 51; 2 Samuel 12-18).

—Israel going into exile from the Promised Land due to its repeated disobedience and evil ways. (Psalm 106; Psalm 107; Psalm 137; Lamentations).

Nevertheless—like Israel in Psalm 126—we can learn after such experiences to fill our mouths with laughter and our tongues with songs of joy. (Psalm 126:2).

Nevertheless—like David in Psalm 145—we can learn after such experiences to celebrate the abundant goodness of the LORD and to sing joyfully of his righteousness. (Psalm 145:7).

Because “[t]he LORD is gracious and compassionate, slow to anger and rich in love.” (Psalm 145:8 (emphasis added)).

QUESTIONS TO THINK ABOUT

When have you been eager for God to hurry up and get angry at someone else?

When have you been thankful that God was slow to get angry with you?

When did God punish you for your willful disobedience and your evil ways?

When have you suffered bad consequences from your bad choices?

Have you learned from these experiences to celebrate the abundant goodness of the LORD and joyfully sing of his righteousness? 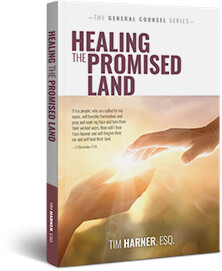